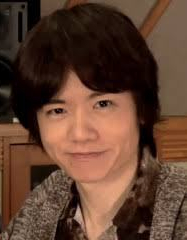 In wake of the hit video game Dragon Ball Fighterz announcing Base Goku and Base Vegeta as soon to be released DLC, Nintendo has revealed the twin plumbers themselves will only be available as DLC for $5.99 each.
“Hey, I said everyone’s in the game. I didn’t say how,” Smash Bros. creator, Masahiro Sakurai, said while riding the teacups at Tokyo Disneyland. “But, don’t worry, Metal Mario and Mr. L [alternate versions of the famous video game brothers] will be playable for free at launch date.

When asked whether Waluigi will make his Smash Bros. debut as DLC, Sakurai threw up. The interviewer was unable to confirm whether it was due to Sakurai going on TDL rides all day or a burning hatred toward Waluigi. 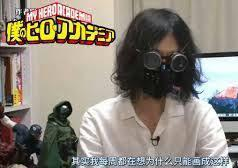 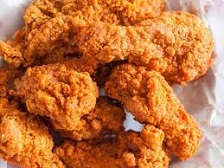 According to sources, an employee from Viz [My Hero Academia’s official English publisher] took Horikoshi and his entourage to Nicky’s Soul Food just outside San Diego during his first night in the United States.

“I’ve never seen a human eat like that,” an anonymous Viz worker said. “He took one bite of macaroni & cheese and never stopped.” The Viz worker also mentioned despite eating almost everything on the menu, Horikoshi took at least ten containers of peach cobbler and sweet potato pie to his hotel.

Things didn’t end there. Horikoshi visited the restaurant every day during his stay and even snuck forkfuls of chitlins, greens, and anything else he could muster while signing autographs. Many fans begun posting their chicken grease, cheese splattered posters on Twitter. An enjoyable experience by all did turn awkward when Horikoshi had to be dragged kicking and screaming on a plane back to Japan, fried chicken wings falling out every pocket on his body.

Chapter 378 will go down in history marking Hunter x Hunter’s 8,000th named character, breaking the record previous set by One Piece with a measly 6,889. The lucky 8,000th character is called Luini, a Heil-ly associate and voyeur extraordinaire.

Series creator, Yoshihiro Togashi, made a guest appearance between Playstation updates thanking his fans and announcing Hunter x Hunter going back on hiatus with a planned return some time mid 2027.

Disney’s interest in a potential My Hero Academia/Marvel Superheroes crossover resulted in a deal buying both Weekly Shōnen Jump and Weekly Young Jump magazines from Shueisha Inc. for 17 billion dollars. Insiders call it Disney’s first step in assuring the superhero craze remains popular on every continent on Earth in the foreseeable future.

END_OF_DOCUMENT_TOKEN_TO_BE_REPLACED

After weeks of investigation, Bulma Briefs has officially been charged with participating in a tax avoidance scheme. According to reports, the current Capsule Corporation CEO invested 3.5 million zeni in movie and Steam game companies but claimed losses of over 300 million zeni over those same business.

Briefs gave a statement yesterday citing being unaware and misinformed of the situation, placing the blame on someone in her employment.

“We at Capsule Corp strive for excellence in all our endeavors, both in our business and personal lives. Sometimes those standards aren’t met. Further investigation on my end will be done and individuals responsible will be sent to the next dimension.”

At the time of this article, news of similar high profile persons either charged or under investigation continue to grow. Among them include:

According to government sources, Briefs could stand to pay over 400 million if convicted. When reached for comment, Briefs’ husband, Prince Vegeta Briefs, mumbled something about training then literally flew away.

Half the comedy, all the taste

Between The Pages Of A Book

Near daily discussions of Star Wars, Seasonal Anime and Video Games. As well some other stuff along the way.

Exploring the magic of anime and manga.

Are YOU Amped Up?

Sharing Information About Writing and Illustrating for Children

Writing About All Things Pop Culture

Kneel Before My Awesomeness, Skin Puppets!